Craig Hilts of Prairie Fire Photography caught some amazing images of the tornado and resulting curiosity that can sometimes accompany a chase of this kind.


This photo caused a major fire storm of debate on the Facebook group and I thought it was important to document what is going on out there. Children are seen here waiting to see the coming tornado. 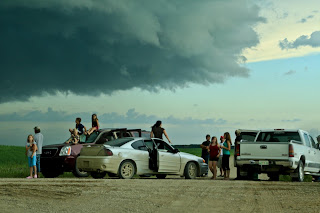 In the United States, this type of thing has become very common and the irresponsibility sometimes goes right into the stratosphere of stupidity as seen below: 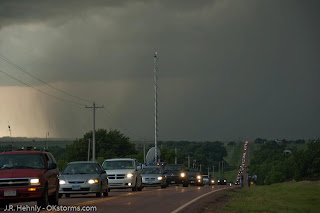 PLEASE USE COMMON SENSE!
Live streams and experienced storm chasers are out there so you don't have to be. Watch the footage from the safety of your basement during severe weather!