Video and photos from today as the sun finally came out for the first time in many days. According to news reports, we broke the record for snowfall in one winter season a week ago. Another 10 to 20 cm fell since to insure the highest total in recorded history for the city of Regina. Warm sunny weather next week will begin the next phase as the spring run off, melt and subsequent flooding will begin.
Video: 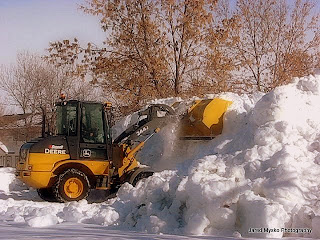 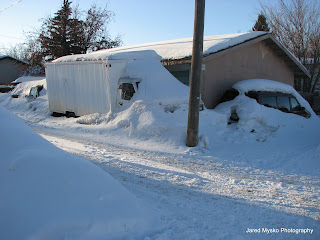 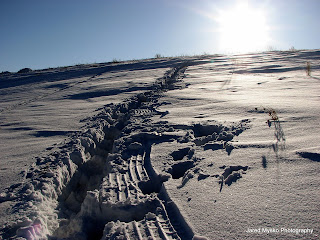 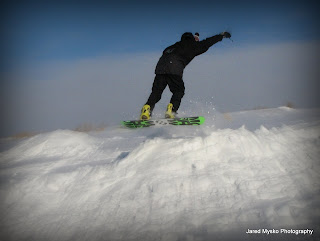 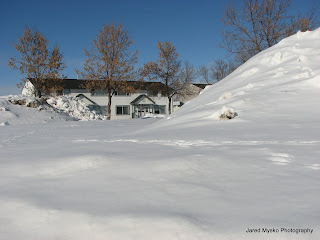 Posted by Jared Mysko at 9:26 PM No comments:

With a winter storm warning for most of south west Saskatchewan, the Highways Hotline is listing what could be a record number of highways closed at one time in the province this evening. Here is a screen shot of the highway conditions map, provided by the Government Of Saskatchewan's Ministry Of Highways: 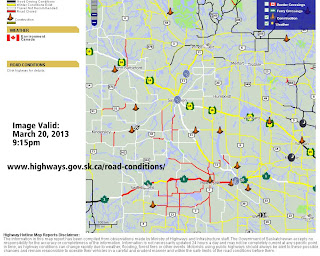 #StaySafe !
Posted by Jared Mysko at 9:30 PM No comments:

Record snowfall for the year continues to add up today!
A walk in the park, more like a winter wonderland, around the north end of Wascana Lake to Albert Street where the highest snowbanks are found as the snow blows in off the lake. Then off to the Royal Saskatchewan Museum and La Bodega, home of the Ice Bar for a St Patrick's Day drink. This snow storm should officially register snowfall totals in the city of Regina at all time record levels.
Footage by Jared Mysko 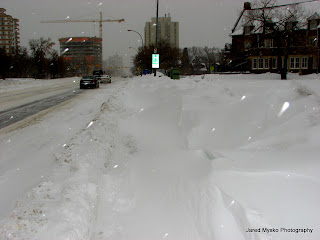 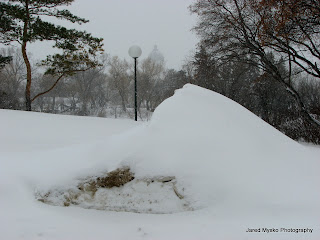 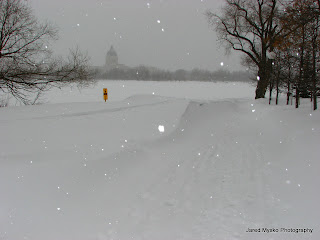 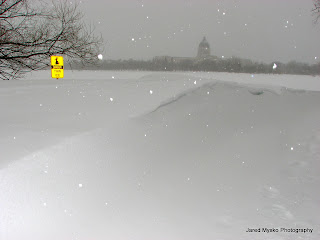 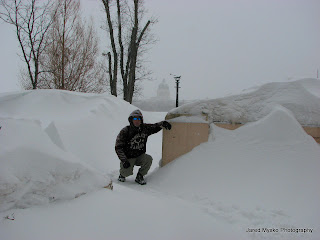 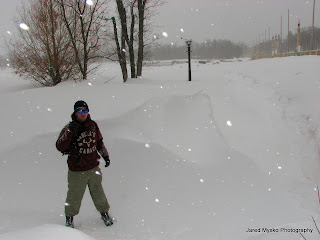 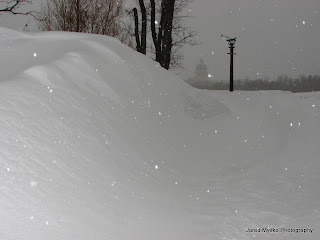 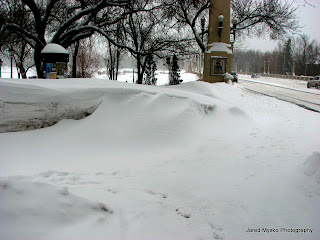 Posted by Jared Mysko at 7:14 PM No comments:

First Thunderstorm In Canada For 2013

The first thunderstorm in Canada for 2013 was this evening in Kelowna BC with hail reported downtown.

@jaredmysko yes - I'm there playing a gig, and watched as the streets were coated in hail. One good crack of thunder too!!! Love it.
— Jeremy Sauer (@jjsweet) March 17, 2013

Getting more calls from the UK to use some of my footage of this... [from June 26, 2012] Some portions of this footage now seen on the BBC show "Nature's Weirdest Events"
Posted by Jared Mysko at 7:56 PM No comments:

All data collected via available information posted per site at time of publishing, please suggest edits if needed. All tours subject to availability, please check listed website for most current information, this spreadsheet is for research and comparison interest only. Tweet edits to @jaredmysko

According to several reports, the city of Regina is getting close to a record amount of snowfall for the winter year 2012-2013. Its tough to measure exactly how much snow has fallen so there seems to be some conflicting numbers out there. One thing for sure is, there is a lot of snow this year. Here are some photos from around Wascana Lake and the Saskatchewan Legislature: 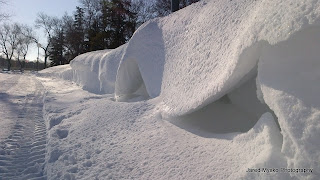 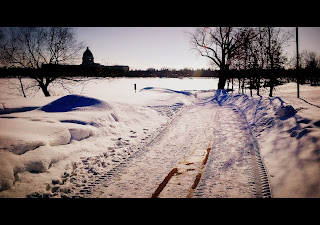 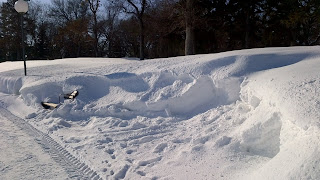 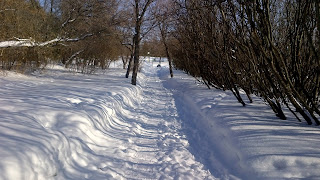 Posted by Jared Mysko at 3:09 PM No comments:

With appearances by storm chasers, Gunjan Shadow Hunter, @djhardwired Notanee Bourassa and other members of team Canadian Prairie Storms!
All footage and editing by Jared Mysko
Posted by Jared Mysko at 4:15 PM No comments:

Our new "Canadian Prairie Storms (v1)" Blackberry Application is now available in the BlackBerry World web store as of today for FREE! Be sure to download it before summer storm season starts as the price is subject to change, for now it is available for free, supported by the usual Google ads. This first version includes stories posted on this blog as well as "Category" links to YouTube video uploads and photos. This is the first version and will be improved upon as time allows. Feel free to comment, lend suggestions and help test the app in this BETA version stage. It is currently ONLY available to BlackBerry Smartphone, Playbook and Z10 users.

In other news, our big snow storm over the weekend was a big bust for the cities of Edmonton, Regina and Saskatoon as the system narrowly missed the major centres.


Video of the snow just beginning to fall in downtown Regina Sunday afternoon.


Calgary, Swift Current, Medicine Hat and Brandon all got slammed with heavy snowfall. Many highways in Saskatchewan were marked as "Not Recommended  or even closed for a time on Sunday. The Number 1 highway west of Moose Jaw as well as the main highway between Saskatoon and Regina the Number 11 was also closed due to tractor trailers jack knifing and car littering the ditches.


Remember to always check the Highway Hotline before venturing out onto the highways in winter!

"@jaredmysko: Nobody should be on highways in S. Sask, anyone who is puts tow truck and fire dept rescue at risk."

After many replies and retweets, I feel it is important to stress that the point of that tweet was to encourage people not to take chances on the roads during a severe winter storm, especially after getting word that tow truck drivers were told not to go on the highway until it cleared up. I didn't mention EMS, paramedics, RCMP, or first responders so as not to clog of their timelines. I know they are all busy and I thank them for what they do.

As for the weather, it seems the heaviest snowfall hit mostly rural areas which is going to increase the risk of spring flooding and that could start as early as this coming weekend. Temperatures are forecast to jump well above freezing with bright sunshine and light winds. All this moisture is going to boil fast so expect a very active spring. This may not be the last of the major snowfall events in March and severe thunderstorms could be only a few weeks (and a lot of melting) away.

Thanks, Stay Safe and Enjoy the Weather!