The day started off very early with morning convection just north of Regina which brought intense lightning and pea size hail to the area from 5:30am to 7am. I managed to snap a few photos and videos as it passed by.

This was as the sun rose at 5:30am looking north east from downtown Regina: 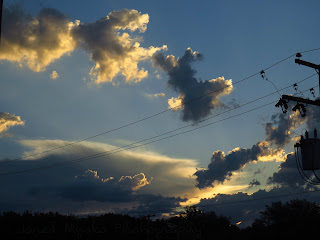 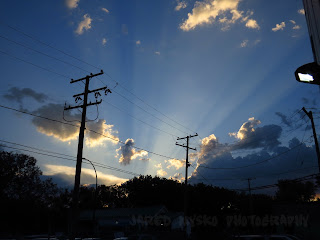 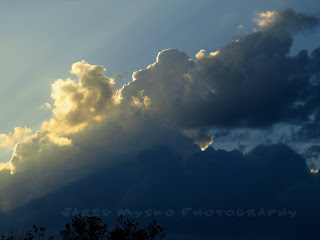 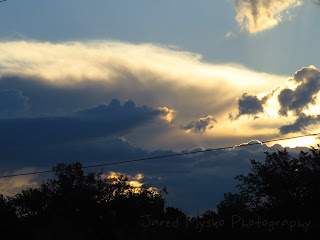 It actually began to gain strength at 6am when I started shooting this video from my deck:

After a couple hours and a report of pea size hail east of the city, it died out. Then we waited with great anticipation for what was to become the main event later in the afternoon. At 4:33pm clouds began to twirl and spin by, showing the incredible instability that was in the atmosphere mixing with extremely high CAPEs (Convective Available Potential Energy). This video was shot off my back deck (time-lapse 32x speed), facing south east:

Echo Tops radar began to show the progression of the birth of tornadic supercells at 5:50pm from Dauphin, Manitoba to Carlyle, Saskatchewan: 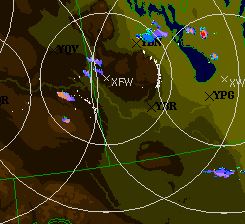 Within only a few minutes, what was only a few blips on radar suddenly became severe warned thunderstorms. Image from 6:20pm: 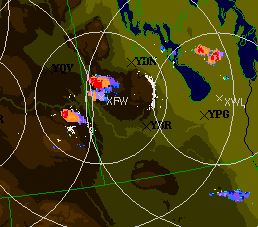 The first of many tornado warnings was issued near the radar site of Foxwarren, Manitoba: 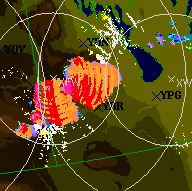 By 8:24pm SST (9:24 CDT) there were 4 active tornado warnings in Manitoba and 1 in Saskatchewan. The one in Saskatchewan would prove to be the main producer on the extreme south west corner of the supercell. Greg Johnson tweeted out this photo at 8:57pm SST (9:57 CDT):


Later in the evening and the next morning reports rolled in with hail the size of baseballs and damage to a house near Alida, Saskatchewan:

Video of tornado near Alida, Sk #skstorm at about 8:40pm sent to us via Emily Beers pic.twitter.com/j67d2JJDF9
— Prairie StormChasers (@PrairieChasers) July 6, 2017

#Viral #Weather Video of the Day: This funnel cloud (or tornado, if it touched down) was sighted near Alida, Saskatchewan, Canada Wednesday: pic.twitter.com/UhJOZpkbEW
— AccuWeather (@accuweather) July 6, 2017


Finally, Dan Lindsey and Atmospheric Scientist from NOAA/NESDIS tweeted out an incredible image from the newly launched GOES16 Satellite, dubbed as the future of weather observation and forecasting. This is the new high resolution animated satellite image of tornadic supercell over southern Manitoba and Saskatchewan: