First, incredible photos of this violent looking tornado that the local media like to call funnel clouds. Judge for yourself:

Other reports of funnel clouds in south eastern Saskatchewan. One north of Wapella, and another near Quill Lakes that didn't touch the ground.

Then, a tornado was captured in Alberta near Medicine Hat.

Finally, to round out the day. The city of Regina was treated to a show at sundown as a mini thunderstorm cell came into the city as I got a chance to photograph it and get totally soaked in the downpour that followed. Video will be up tomorrow and you won't want to miss it. I captured a nice bolt of lighting in front of a wall cloud as it cruised over the downtown skyline. 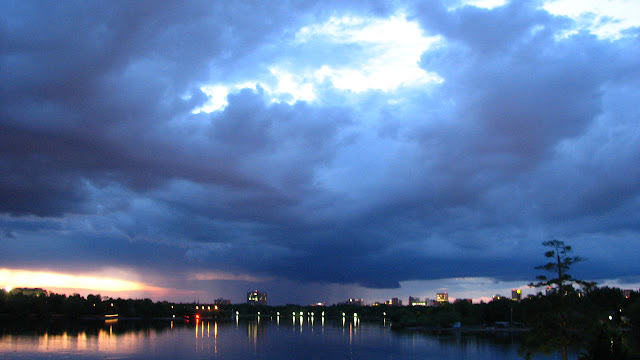 Much more will be uploaded tomorrow. Click here for today's album.