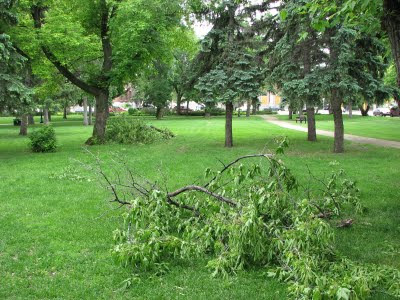 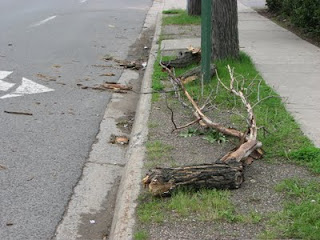 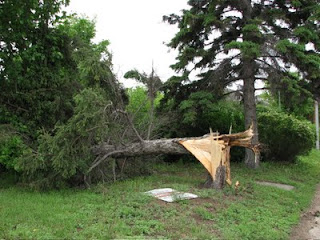 Many tree branches were knocked down after a heavy rain storm that
brought flash flooding and high winds to the city of Regina,
Saskatchewan. 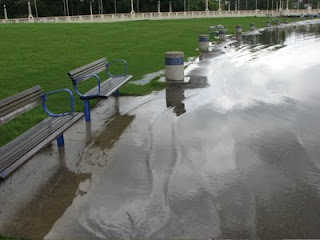 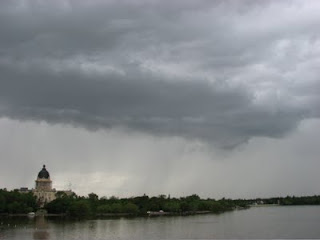 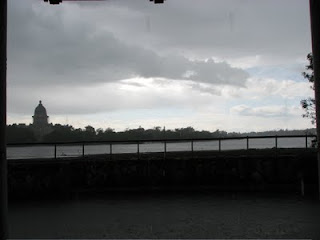 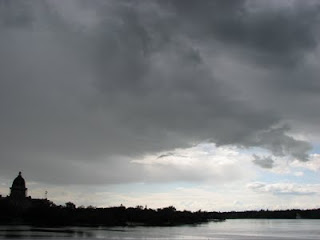 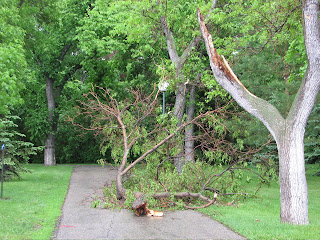 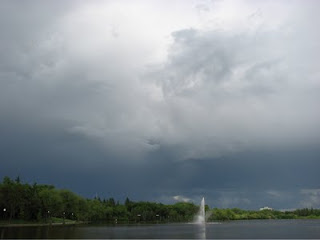 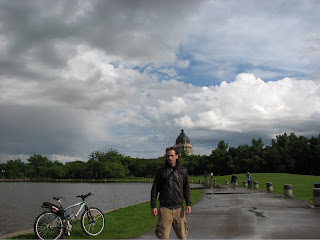 Wascana Lake has flooding over its banks again today after yesterday's
heavy rainfall and today it rose even more after this little
thundershower. Pea size hail landed at our house to motivate me to
ride into the park for a photo session and I was glad that I did.
Capturing some good thunder rumbles and cloud formations. One large
tree branch was down in the park but that might have happened earlier
as the winds were not much of a factor this afternoon. Gusts were much
stronger yesterday after approximately 7 cm of rain fell on the city
and most of southern Saskatchewan. Flooding is now becoming an issue
once again as areas in south eastern Saskatchewan got soaked over
already drenched farm land. I included a snapshot of me and my 'storm
chasing vehicle' in front of the Wascana Lake and Saskatchewan
Legislature.

Note: These are all raw, unedited photographs. Please do not steal! I
don't often enhance photos unless they really need it.