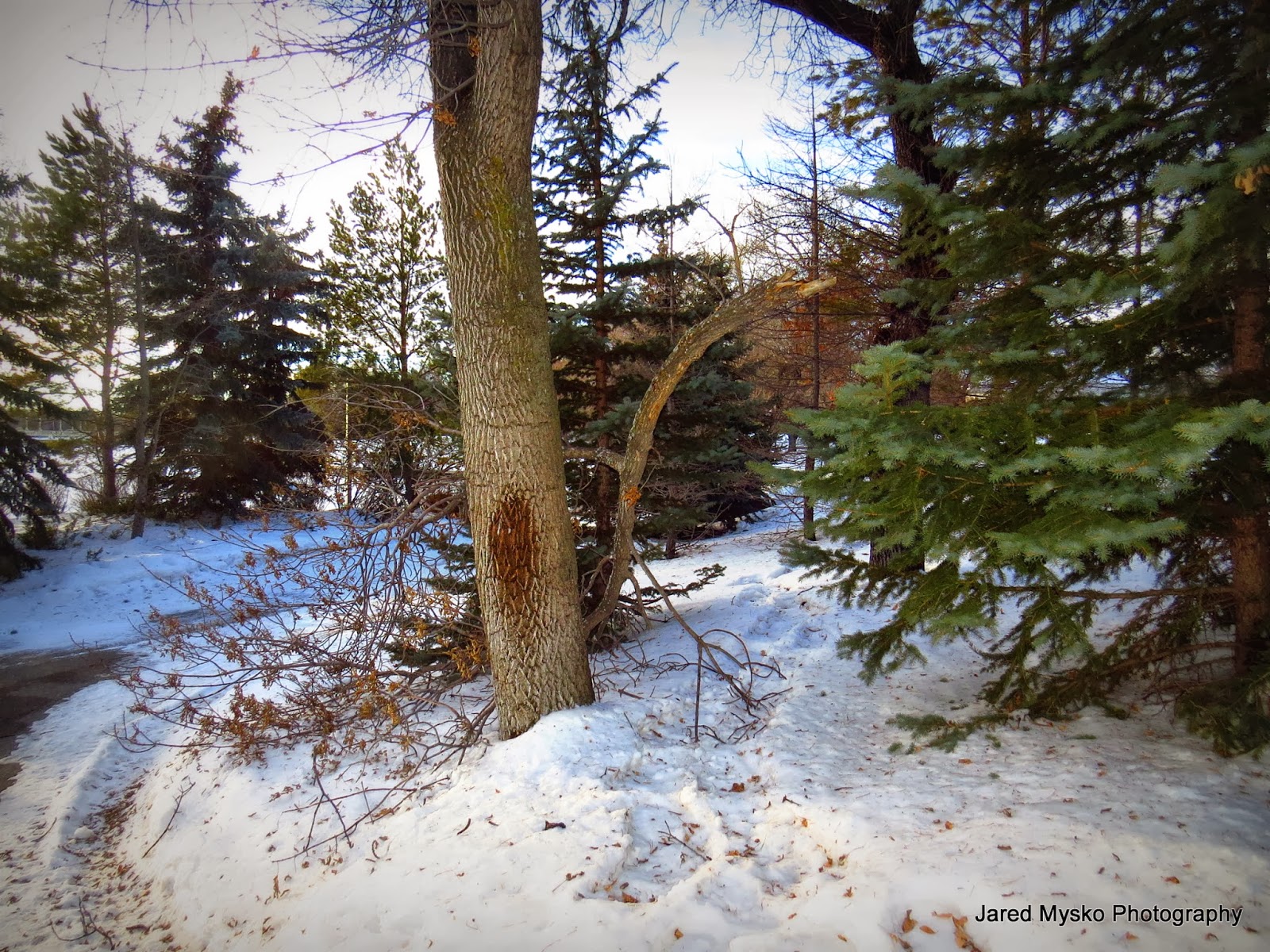 Winds gusted near 100km/hr today in Regina breaking off tree branches and littering the snow with pine needles and twigs. One large branch was captured as it broke off in Wascana Park which made me jump a little and freaked a squirrel right out! Some reported gusts higher at the airport and downtown but no major damage reports as yet for Regina, unlike Saskatoon which held the peak gust report with Prince Albert at 107km/hr. Semi-tractor trailer units were toppled on the highways, a window was blown out of an office building, a cell phone tower fell over and major large trees were bent or broken.

Here is a collection of tweets from the wind storm today:

You are the Wind Beneath my Wings. And my overturned semi. #skstorm http://t.co/myNgMBILDO
— Chris Lane (@ChrisLaneCBC) January 15, 2014

It was a tad windy in Edmonton area today. Take a look at these photos. http://t.co/PEuoDHAMXw #yeg pic.twitter.com/QTGGZn4xvJ
— Simon Ostler (@SimonOstler) January 15, 2014

It was kind of windy last night. Let me know if you find my Stok BBQ cover? #abstorm pic.twitter.com/czNx63dFFs
— Sean Sommerfeld (@seansommerfeld) January 15, 2014