Winter 2017-2018 was a very cold one for the most part with very few precipitation events in Regina. The drought continued in south east Saskatchewan and temperatures stayed below the -20s C for extended periods of time through January and February. Extreme cold warnings were commonplace nearly every week of the deepest part of the season. What precipitation did happen though, had some real punch. Two events will stand out as memorable for this past season.

First, the heavy rain and flash freezing January 9th which caused massive power outages, people skating on the streets, extreme danger on the roads, injuries that caused huge wait times at the hospitals and medical centres, and an epic amount of road salt and sand to drive up cleaning bills for the rest of the season.

Here is a playlist of videos from YouTube of the Flash Freeze event:


Besides a few light snow showers here and there, once March arrived a Colorado Low came in and changed everything! The week before it hit, there was nothing but dusty 1 cm deep snow off to the sides and completely dry roads and walk ways. It began slowly on Saturday, March 3 with a couple cm accumulated, then about 5 more on Sunday. A lot of people thought that it was done but in fact the snow was just gaining momentum and about to begin a major assault on the roads and sidewalks. This was "miracle moisture" for suffering farmers who feared the drought was only getting worse. 15 cm dumped on the city overnight Sunday and by Monday at noon we had 20 cm on the ground. 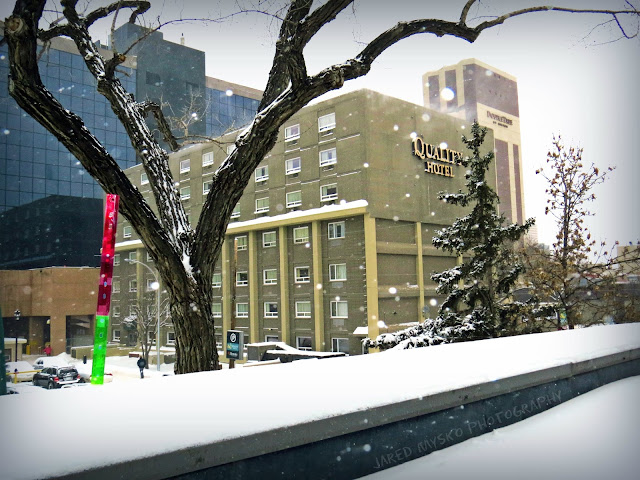 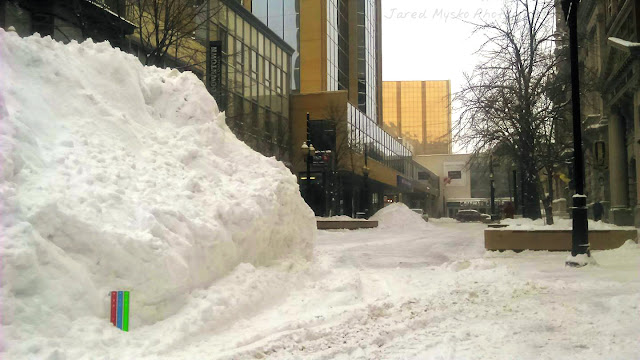 Another huge wave hit that afternoon, bringing the total past 30 cm. Monday evening the snow kept falling heavy, raising the total past 40 cm on my measuring stick. The final flakes overnight settled the accumulated total to about 43 cm on my rooftop deck.

Here is a compilation of videos from this epic and historic winter storm: 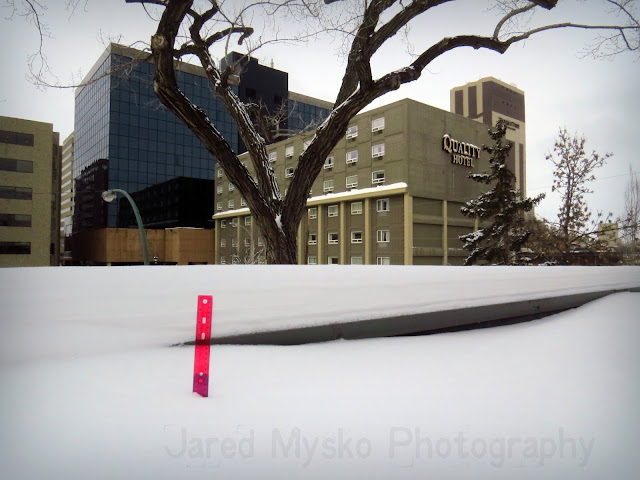 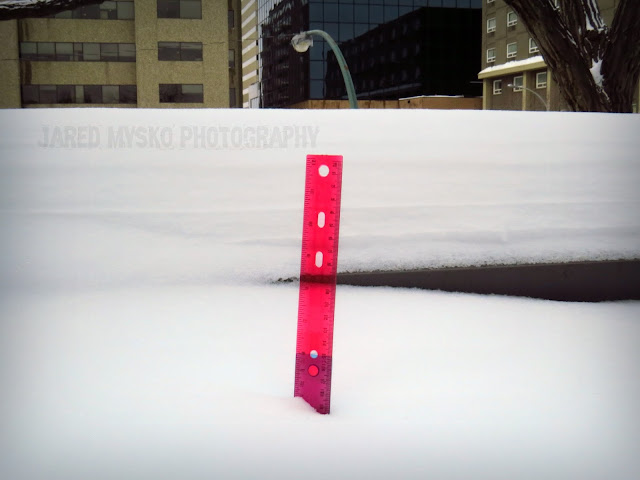 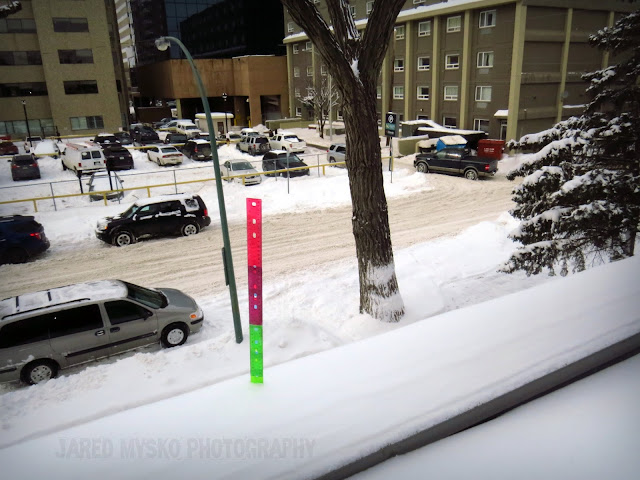 Here is a compilation of all storm videos from this past winter season: